During the TV & Film tour on Saturday 16th June one attendee, @B12Simon, mentioned a show that had slipped through the location spotting net. Not being one to let a Birmingham linked show pass me by I came home and looked it up.

The Alamo produced comedy for Channel 4 told the story of three night watchmen (there was a fourth who was a corpse) in an office block somewhere in the UK.  It starred Robert Lindsay (Citizen Smith & My Family), David Threlfall (Shameless) & James Ellis (Z-Cars) and ran for 13 episodes over two series (1990 & 1993) and a Christmas special in 1992.

The Birmingham link only appeared in the opening and closing credits and carefully selected cityscape shots but you can clearly see the Offices above Snobs, the Town Hall, the Brunel Street (red caged) car park and the now demolished footbridge across the A38 Suffolk Street Queensway. I’d suggest that the high floors of the 28-storey Alpha Tower would be the only location the opening and closing panning shots could have been made from, which qualifies Nightingales as a show shot on location in Birmingham.

Wolverhampton born series writer Paul Makin drew on his experience from his former NEC nightwatchman job to create this surreal cult comedy series, and went on to write episodes of Goodnight Sweetheart (1995-1997) and Chef which starred Lenny Henry, giving this story another Birmingham TV link.

Episode One of Nightingales on You Tube

“There’s nobody here but us chickens”

Thanks to @B12Simon for the tip off, great shout.

Great to see people tweeting about the tours today, here are a few of the ones I’ve seen;

Inside derelict bank next to former central tv mottos: 'thrift radiates happiness' & 'saving is the mother of riches' pic.twitter.com/qrddBjkL

@Sparks68 thank you! A great way to spend an afternoon

@Sparks68 finally got round to blogging about yesterday http://t.co/K1n6Xmd7 thanks again!

The BTVFLOC tour had another great run out today, and this time around I was delighted to be joined by Sindy Campbell from Film Birmingham who added some great tales of filming experiences and challenges around the city. Sindy also provided exclusive access to a stunning location for the tour finale which was a great way to conclude today’s discovery of Birmingham’s rich and varied TV & Film history.

It’s a well known fact now that when it rains during the English summer that you can fully expect a song or two from Cliff Richard, well we didn’t quite manage that today, but he did get a couple of mentions along the tour route so we did our bit to try to bring out the sun.

Despite the fairly miserable June weather, both of today’s tour groups were very friendly and enthusiastic which made it a real pleasure to deliver the tour content and it was great to be able to hand over to Sindy at various locations to give the groups a different perspective on the shows that were being discussed.  Each person had their own memories of many of the shows covered and there were a lot of questions asked so the tours had a very interactive feel to them. I like it when that happens as it sparks conversations while en route, which is always nice.

The highlight for many was the visit inside the Grade II listed former Birmingham Municipal Bank on Broad Street. Placed at the end of the tour it was the perfect conclusion to the walk, and not only because it was drier and warmer than the weather outside. The banking hall, although now stripped of fixtures and fittings, is still a room of great interest with many reminders of its former glory still very visible, but it was the visit down to the safe deposit room that drew a number of audible gasps from the tour groups.

The immediate feedback after each tour was really positive and everyone seemed to enjoy the experience. There have also been a number of tweets posted giving further feedback and reviews of individual experiences, here are a few of the comments received so far;

Was on @Sparks68's Birmingham TV&Film Location Tour today w/ @B12Simon & @Fran_101_ Fascinating insight to the city as a famous background..

Had a fantastic time today on the Bham Film & TV walking tour with @Sparks68. Very highly recommended! Thanks Mark Wilson!

A massive thank you to Sindy Campbell (Film Birmingham) for collaborating with me on this tour and providing us with access to a great location to end the tour and thank you to everyone that  braved the appalling June weather we are having to wander the streets of Birmingham with us both this afternoon.

Both Sindy and I are keen to run further tours in the future and hope to get another tour date set for around September, so watch this space…

A full six months after filming in Birmingham finished the BBC have finally announced that the five part police corruption drama Line of Duty will air on BBC Two at 9pm on 26th June 2012.

The Birmingham TV & Film Tour on June 16th reveals the filming location of the police station used for the series along with many other TV & Films made in and around Birmingham city centre. 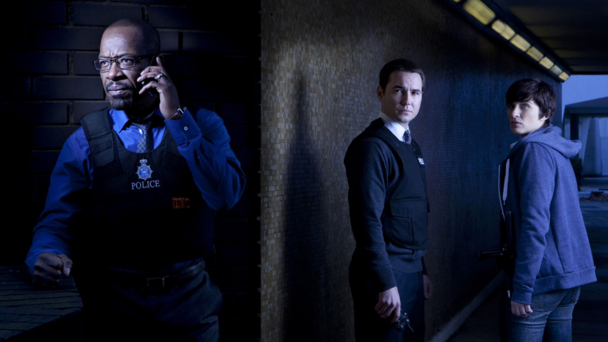